Have you ever found a photograph - a photograph of complete strangers? Maybe in a used book or at a flea market? Not a photograph of anyone you know or anybody famous or of a place you've ever heard of. Just somebody else's ordinary, precious personal photo. Working at a used bookstore I found a number of photos tucked into books over the years. There's one on my fridge. There used to be one tucked into the edge of my mirror. There's one that I brought home and put in a frame. 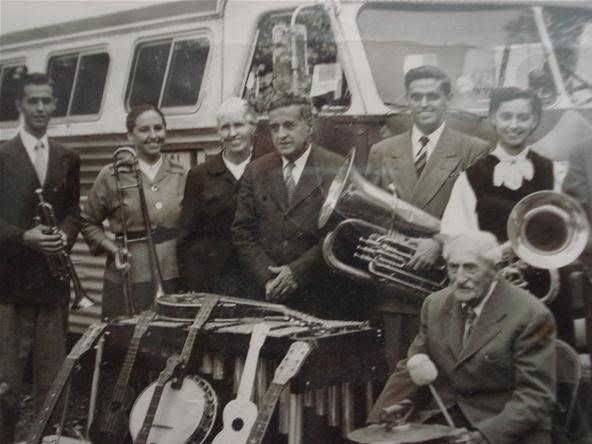 I don't know any of these people; I don't know a thing about them except what I can see in this picture. But I like the photo. There's a sense of excitement to it, a sense of something about to happen. It makes me smile to look at it. The older the photo, the more precious it can seem. We take photography for granted in our easy, digital lives but there was a time when having your picture taken was special, an event. Finding the evidence of those special events in someone else's life raises all kinds of questions. Who are these people? Why this moment? How did this photo end up somewhere away from them?

It's easy to imagine that Ransom Riggs started to write his novel as a way to answer these questions. Miss Peregrine's Home for Peculiar Children incorporates found photographs, often unusual, often creepy. The cover of the book is enough to put off many readers but the book is surprisingly uncreepy. 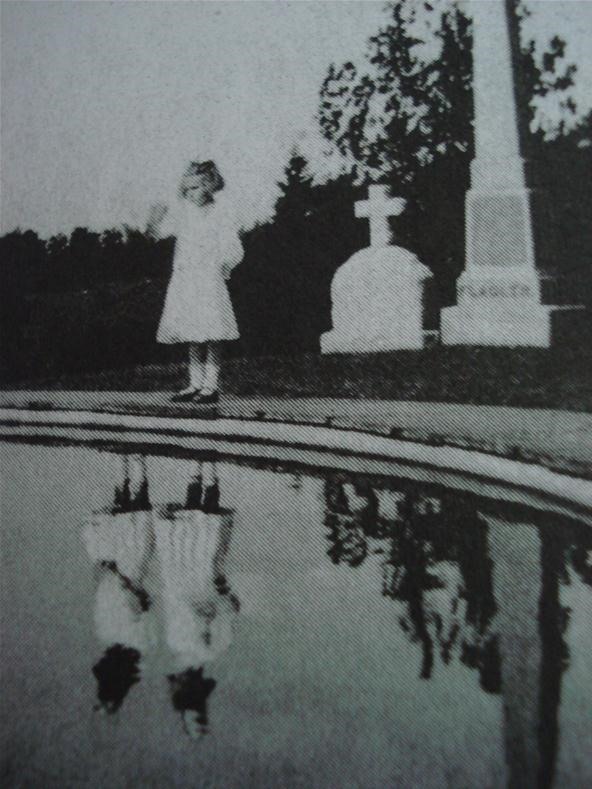 16-year-old Jacob has grown up hearing his grandfather's fanciful stories of an island where the sun always shone and children with peculiar abilities were safe from an unnamed terror. When his grandfather dies mysteriously Jacob is plagued by nightmares, as well as endless questions regarding his grandfather's childhood and how much of his stories was truth, and so Jacob travels to the secluded island to find out.

From there the story takes some unexpected (and some expected) turns. I read most of the book in one day – partly because it's a young adult novel and I'm a good reader, but mostly because I was intrigued and was caught up in the mystery. At least one part made me actually laugh out loud, which doesn't happen often when I read. Jacob's narration struck me as authentic (as much as I can guess about the inner thought life of a 16-year-old male, that is) and likeable. I was impressed by the layering of themes in the novel, that the peculiarity of the children comes to represent and stand in for so much more. I don't want to give anything away but I thought it really added to how much I cared about them and made me ponder what this novel is truly about.

My major beef with the novel would be that there is no real conclusion given. The story is clearly written as the beginning of a series. Are there any young adult books being written right now that aren't in a series? I don't unequivocally hate book series (there are undoubtedly some fine ones out there) but even in a series, each individual book should stand alone with its plot and this one doesn't. That disappointed me at the end of an otherwise great read. But I'll probably still read the sequel.

"I thought about how my great-grandparents had starved to death. I thought about their wasted bodies being fed to incinerators because people they didn't know hated them. I thought about how the children who lived in this house had been burned up and blown apart because a pilot who didn't care pushed a button. I thought about how my grandfather's family had been taken from him, and how because of that my dad grew up feeling like he didn't have a dad, and now I had acute stress and nightmares and was sitting alone in a falling-down house and crying hot, stupid tears all over my shirt. All because of a seventy-year-old hurt that had somehow been passed down to me like some poisonous heirloom, and monsters I couldn't fight because they were all dead, beyond killing or punishing or any kind of reckoning."

Find out more about the author at his own blog ransomriggs.com.